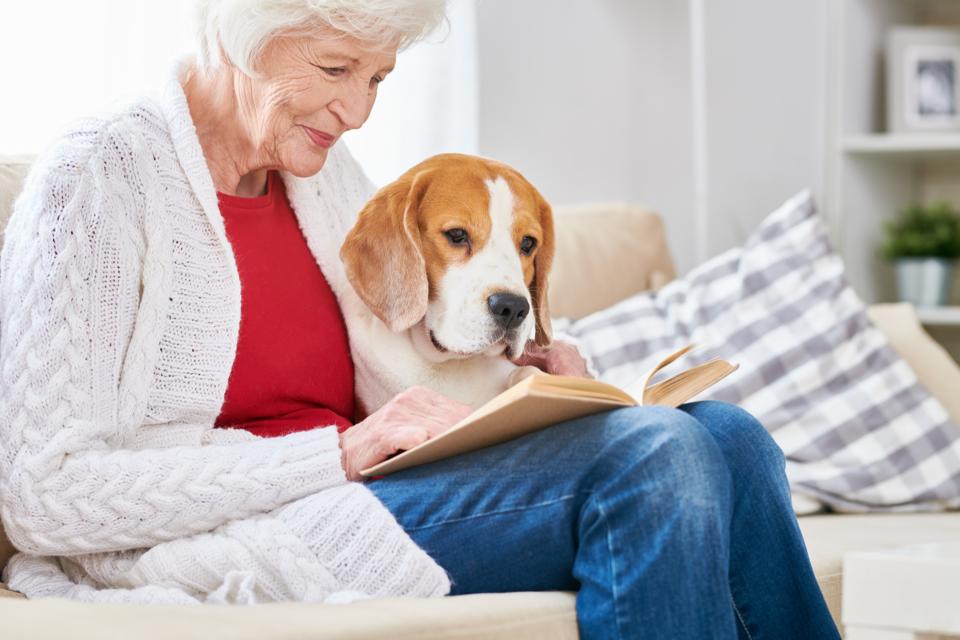 I wrote about the importance of pets to older adults back in 2018, but this is a topic that is timeless and grows in importance every day as more people decide to age in place. Almost two years later, I have gathered more information and am more convinced than ever that a companion pet is not only important for an older adult, it can be a critical component of an active, healthy, connected life.

Home Instead Senior Care, one of the leading home care agencies in the United States, created a survey last year to measure the benefits of pet ownership to their clients and other older adults. Here is a snapshot of what they found:

Pet owners reported many benefits of having a dog or cat as a companion. When asked to select the most important benefit they receive from pet ownership, “unconditional love” was selected most often. Eighty-three percent of those who live alone selected it as an important benefit; 73% of those who live with others selected it. “Makes me feel loved” was selected almost as often as one of the top benefits, with 75% of those living alone choosing it and 59% of

As it turns out, these older adults indicated that they derive great benefits just from interacting with a pet, even if they didn’t live with it.  These seniors find benefit from interacting with pets at the homes of family, friends, and neighbors and sometimes at a park. A few respondents said they like to have people bring pets to visit in their own home.

What kind of pets are most popular? Dogs come in first, with 62% of those surveyed saying they have a dog. Fifty-five percent reported having a cat (obviously some have both!). Another 10% reported having a bird, fish, small mammal (like a gerbil), a lizard, a turtle, or some other reptile.

The Home Instead staff is in a great position to witness firsthand the beneficial effects of older adults having pets in their homes, but there is another side to the story as well. Many people are under the mistaken impression that once they leave their homes to move into a retirement community of some kind, they will not be able to take their pet with them. In today’s senior housing communities pets are the norm, not the exception!  There are generally some guidelines about size and number, but it is not unusual today to find multiple dogs or cats in one household in retirement communities. The operators of these communities are no longer blind to the fact that having a pet is not only a comfort to their older residents, but it gives them a purpose and a responsibility. Plus, at least with a dog, there is a necessity to go for a walk several times a day.  Some communities are building dog parks within their boundaries so resident pets can get additional exercise and socialize with other canines.

Solo agers are the segment of the older population who benefit the most from having a companion animal. Sandy, a 69-year old woman who has been divorced for over 10 years, was finally persuaded to adopt a dog as a companion when she retired. Sandy lives in a condominium in a quasi-urban area of Silicon Valley.  She had never had a dog before and was concerned about things like having to vacuum pet hair every day, being home enough to provide adequate care and training for a dog. She ended up with a poodle-mix, a dog that didn’t shed and one that was a couple of years old so she didn’t have to go through puppyhood.  Those were both good choices and now Sandy and her dog, Rusty, are inseparable.  When Sandy travels to see her mother on the east coast or goes on a vacation she has enlisted the help of a wonderful dog sitter who is now Rusty’s second “mom.” Sandy has a decal on her car that reads “Who Rescued Who?”

This site uses Akismet to reduce spam. Learn how your comment data is processed.